Reading: Solitude (In pursuit of a singular life in a crowded world) by Michael Harris 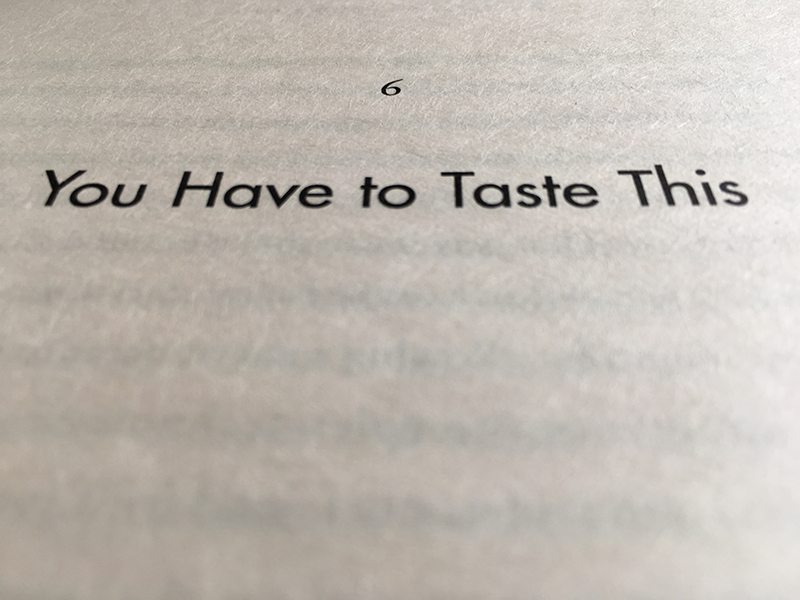 The common cure for loneliness is more connections, yet exercising our solitude is another option.Time alone is inevitable- but can we thrive when it occurs?

Solitude and its effects on the human mind and body is something that fascinates me. This curiosity was also the foundation of my 62 days North-experiment a few years ago where I stayed in a cabin by a lake together with my dogs. Do animals still count as solitude? To my modern mind, it certainly did as it was the first time in many years that I wouldn’t be connected all day every day. 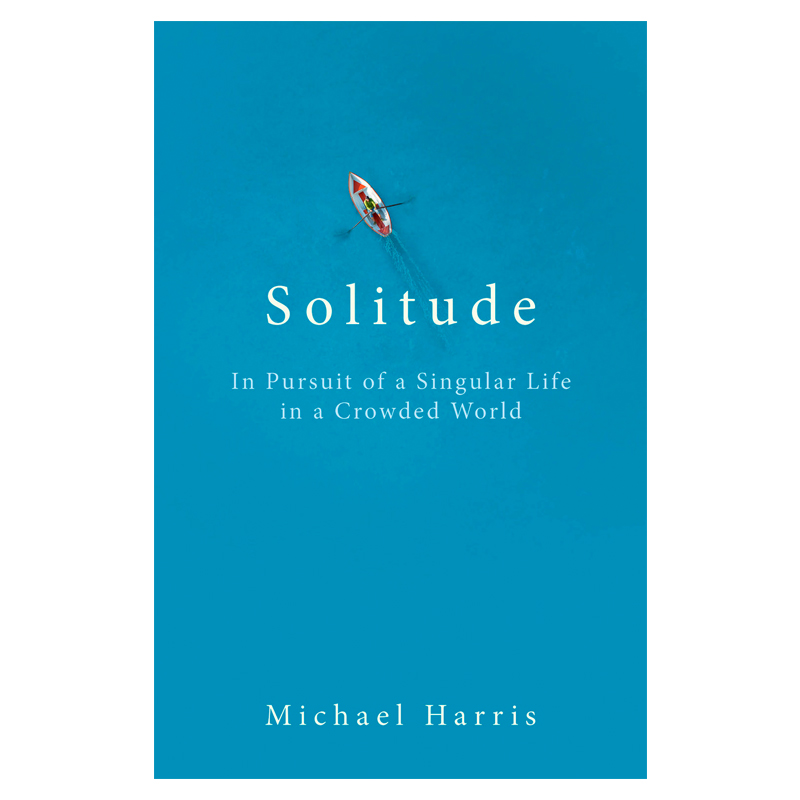 Most books that I’ve read about this subjects are rather radical like ‘Consolations of the forest‘ where writer Silvain Tesson spends six months in a cabin in the taiga or ‘Into the wild‘ by Jon Krakauer which gives an insight in different stories like the one from Christopher McCandless. Also, Thoreau who lived in a cabin for a year as described in “Walden“. This book, however, has a different approach that shares a lot of aha! insights and interesting studies but it doesn’t drag you inside as there isn’t really a story that unfolds. Still, it looks at the concept, stories, and science behind solitude from different angles in a well-written way.

While I have a serious need for alone time and I guard it like a mother bear would defend her cubs, the writer states that when the story of Dr. Edith Bone gave him the idea of writing about solitude, he couldn’t even remember the last day that he had spent alone. That’s when I got curious as most of the books feature someone who has this urge already but takes it a step further. 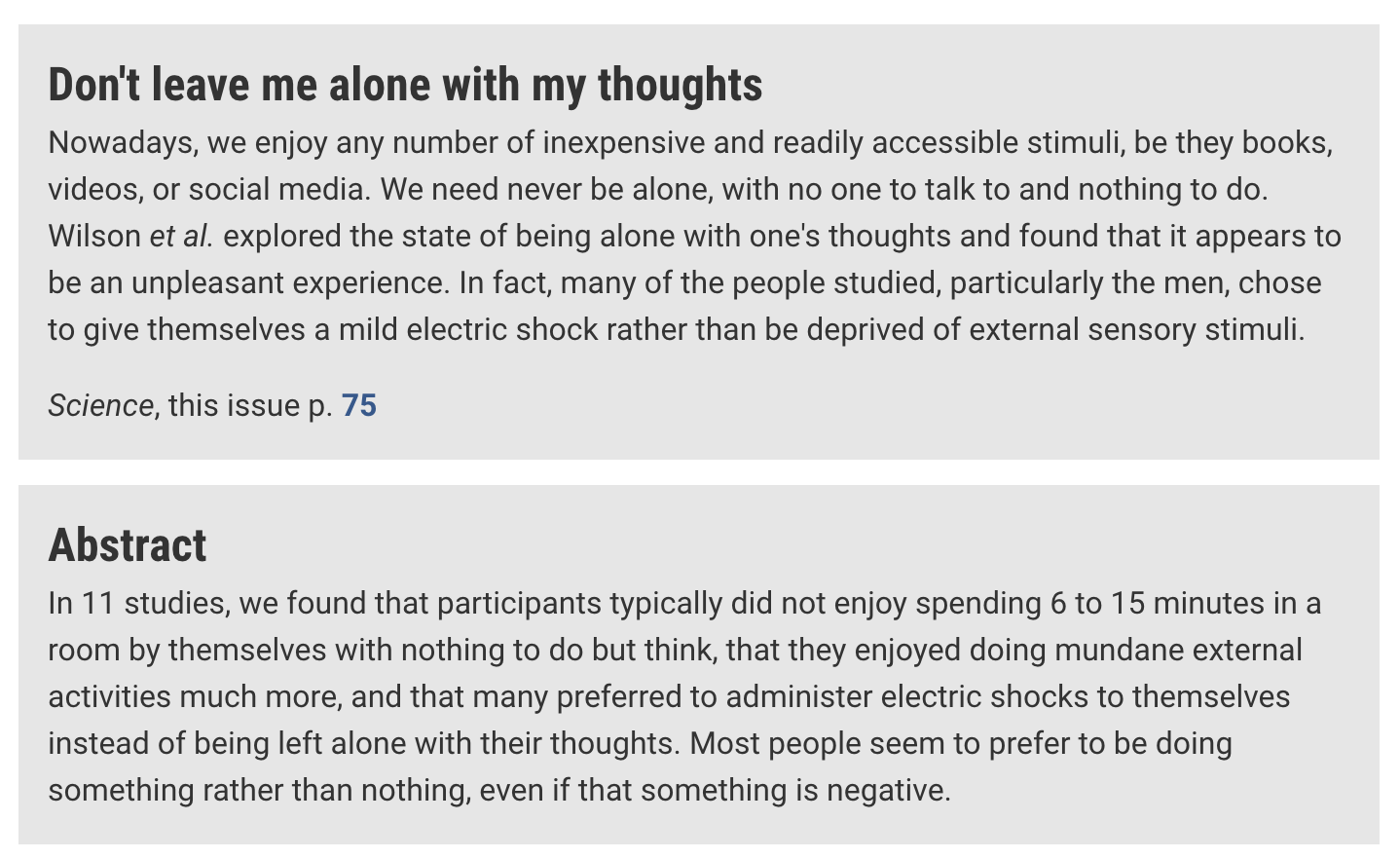 As the book continues to explain our social needs as humans it revealed both the taboo of solitude (even if it’s not responding to a text the same day) and a study that states that subjects preferred giving themselves electric shocks rather than being left alone with their thoughts, I feel both surprised and annoyed by our habits and expectations of others in our society. When planning my journey north, most people who heard about it thought it was crazy, scary and thought I would go mad. A selected group, however, had great book tips and one fellow artist who lived a year in a cabin had great tips.

Without daydreams our minds are only parrots- or, worse, computers. Daydreams are the engineers of new worlds.

The focus is now not only on the individual who packs his bags and walks out of society- maybe to never return but on the effects of society and technology on our brain, taste and even perception on preferences. I have experienced, even for a few months, the effect of solitude on my body, mind and even ego and it changed my life in many ways. Like most of the writers that I met through their work, I don’t have the desire to become a fulltime hermit but rather use the experience to find my foundation. One of the biggest things that I noticed was my perception of time. I’m often terrible time management, being on time,… I lose track of time and constantly feel like not having enough hours in a day to do all the things that I want and need to do. Ideas rush through my head and I feel like I should have finished all of them yesterday already. It puts me in a weird mental state where I feel overwhelmed and unsure where to even start. It’s much better for me to not have 100 things to do but focus on a few, finish them and move on. The amount of work (writing, sketching, photography, research,…) that I did during my time in solitude is incredible when I look back at it. And still, I felt like I had 48 hours in a day instead of what mostly feels like 6 hours and they just happened even though I had no schedule or anyone who was waiting for anything. No deadlines, just being.

You won’t be exposed to things you don’t know, things you haven’t loved yet.

Although I knew- we all know, right?- that social media algorithms try to feed us what it thinks we want, causing it to starve us with repetition while our concept of personal taste almost becomes a caricature of itself. For some of us, it might be comforting to create a bubble around them, but it makes me feel trapped. I need to find things that are new to me. Paths that I didn’t discover yet, food I haven’t tried, people I’ve never met before. When shining a light on the habits and possible risks of tracking anything and everything, Dave Eggers’ book gets mentioned and I wonder how far I am with a Fitbit around my wrist. What would Thoreau think of our modern society?

We should not fear the wondering. To walk out of our houses and beyond city limits is to shuck off the pretense and assumptions that we otherwise live by. This is howe we open ourselves to brave new notions or independent attitudes. This is how we come to know our own minds.

Although stated that being able to just spend time outdoors without being afraid to be eaten by a lion is in a way a modern thing, research also shows the many benefits of being outside in nature. Going from sharpening the senses to clearing the mind or dealing with anxiety. The latter is something that I seem to hear more and more. People who barely function, to the point of anxiety being a disability. While Michael Harris writes that more and more doctors prescribe time outdoors, I mostly see people taking pills to swallow away their flaws, pretending to be normal in an irrational world. By giving up our needs, whether they are bouncing around, having sex or spending time alone, we contribute to an unnatural society that works against us all while we try to fit in and adjust our screaming needs. The words ‘me-time’ and ‘self-care’ as they are often used in articles or on social media make me cringe. It’s not me-time when you’re posting your latte on Facebook and Instagram, it’s being lonely and trying to fill the hole in your soul. It’s not self-care when you meet up with some people to blog or make Insta-stories about a new spa. It’s just using another form of entertainment, hashtag craving attention.

Near the end of the book, when Michael Harris decided to spend a week at a family cabin in the woods, I was super curious how he would experience it- especially since he didn’t start the whole adventure with the desire or need to. Would I be able to identify myself with his experience? Would he experience something like the other writers described?

There is still so much that I’d like to share from this book, but I don’t want to spoil your fun of reading into it yourself, of course 🙂