Hedestad/ Sollefteå (The girl with the dragon tattoo movie location) 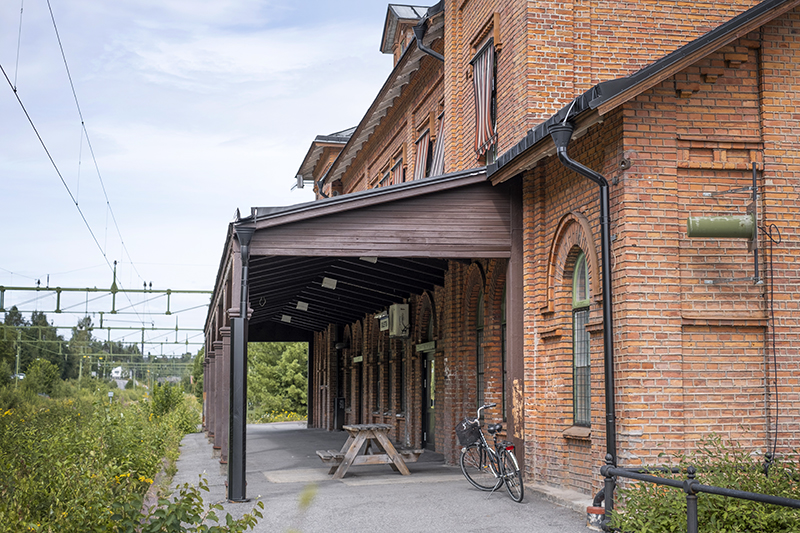 Last winter we started with a little project to visit Swedish movie locations, starting with ‘The girl with the dragon tattoo’. Many years ago, even before moving to Sweden, we had visited several locations in Stockholm city that were either mentioned in the book or used in the Swedish adaptation. At that time, we even got a glimpse of the filming of the American version! (The first one, the other is some weird action movie vaguely based on Lisbeth Salander and mostly filmed elsewhere.)

The locations outside of the city, however, are much more difficult to find. ‘Hedestad’, for example, is a fictional town so filming occurred more or less all over Sweden- and as you might know, it’s a huge country. Time is another factor- resulting in some buildings that have disappeared by now (like the hardware store in the USA movie). And some locations are perhaps a bit too obscure to be found, like the cabins that were the property of the Bjurman character or the shed that was burnt down.

For the train station of the USA-Hedestad, we drove all the way north to Sollefteå in Västernorrland County. This place had an unusual vibe, something between a small town in the countryside and a city- but an empty one. It wasn’t busy but the buildings were much bigger than our village, the shops were bigger, there was a taxi stop, large school buildings,… But it’s far from being a city-city like Stockholm, Goteborg, or even Sundsvall.

Mikael Blomkvist (Daniel Craig) dropping off his daughter at the train station in Hedestad. 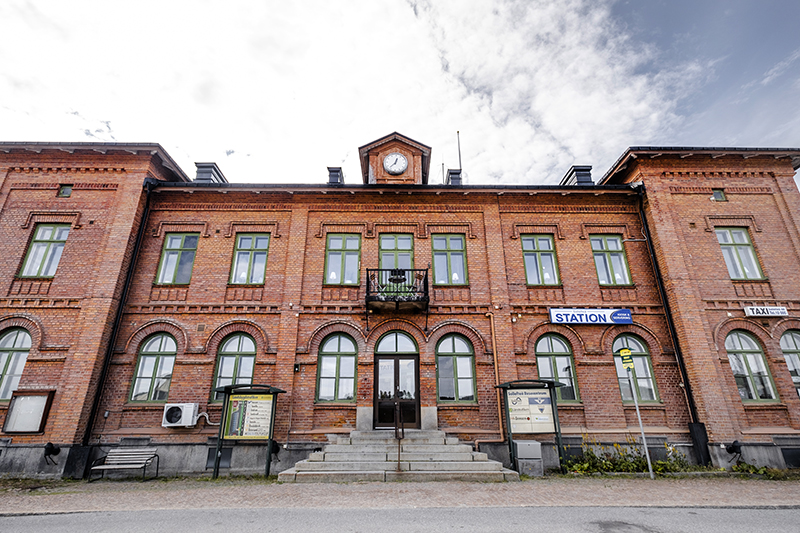 Check here for a few locations of the Swedish movie.