Self-portraits with the Fujifilm XT-4 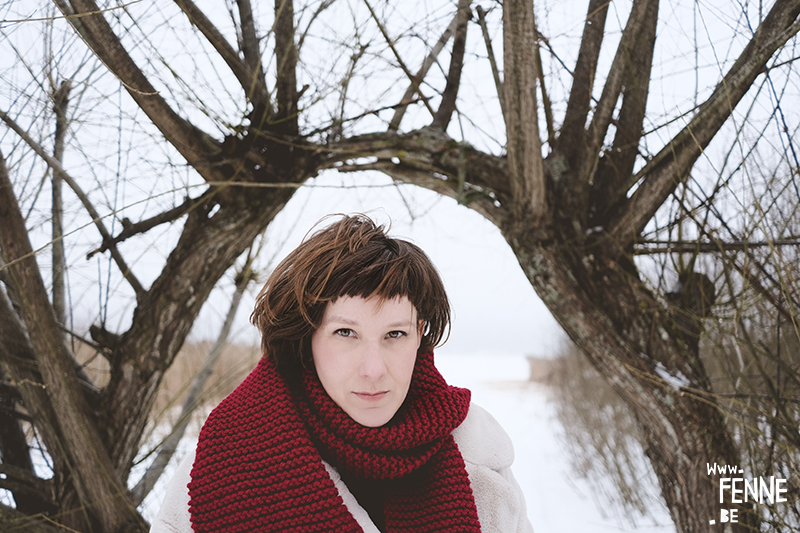 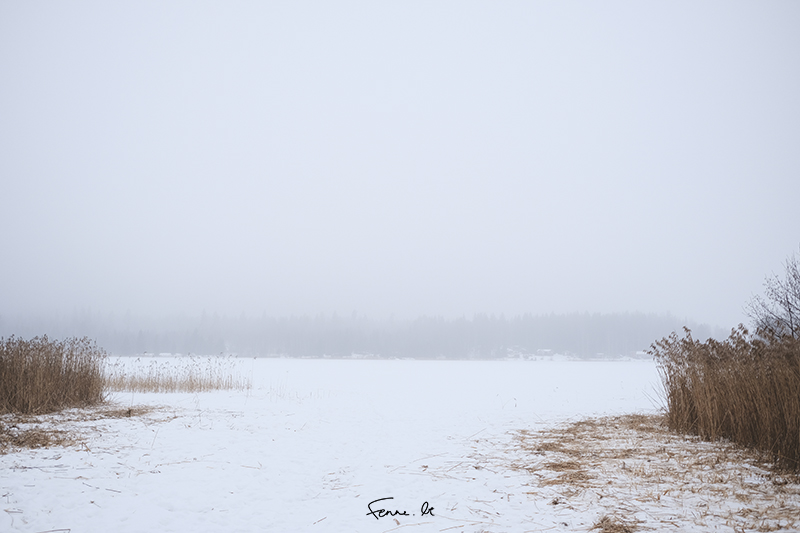 The setting of this shoot: a foggy morning on a frozen lake. A day on which I had other plans, but seeing this moody landscape, I just had to go outside.

Using myself as a subject.
I wouldn’t consider myself camera-shy, but naturally, I don’t appear that often in photographs. Since I’m a photographer, most people leave it up to me to capture the day, and in most pictures by other people, I appear while eating or sleeping- two moments that aren’t the most flattering or that would be the greatest to look back at in 20 years :-).

Sometimes Joeri offers to take some pictures, he knows that especially real moments with my dogs are precious to me, but the result isn’t always that great for my self-esteem :-). First of all, I have to hand over the camera and then I feel rushed and uncomfortable, I’m worried about light and composition and have to act normal while knowing that he will cut off my head or feet if I don’t mention it at least twice. And I get especially annoyed when I ask him to take a certain shot and he gets ‘creative’ 🙂 🙂 (creating the rugby-playing hippo effect).

If I want to experiment a bit, I feel much more relaxed when it’s just me and the camera. No worrying about looking silly, or taking some extra shots to be able to have a choice later on. And often, I feel and look more like myself when I create my own photographs- perhaps it’s just because I’m more relaxed? I don’t know.

While I have been loving my Nikon cameras, the recently added Fuji has some features that made it my most used camera of the last six months. 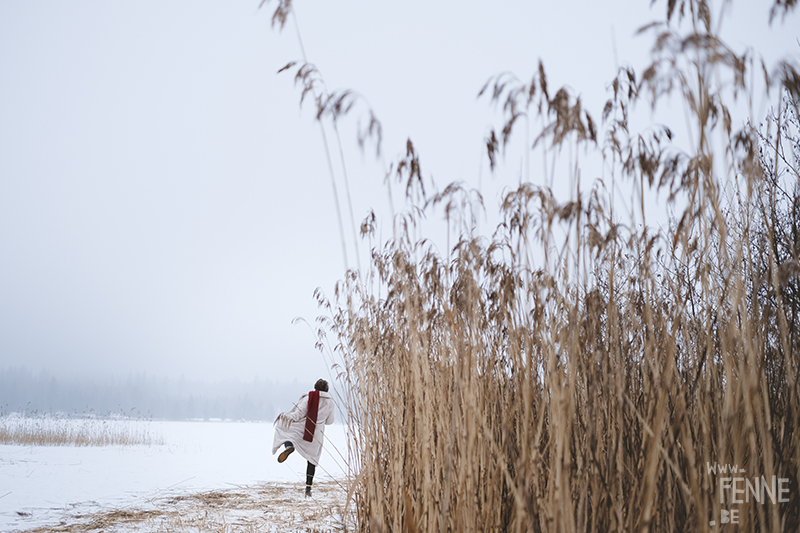 One of those features is the possibility of connecting the camera to your phone for both a live preview and shooting. When I got the camera, this option was, for unknown reasons, not working. Since a recent update, however, it’s been working perfectly – except for video. 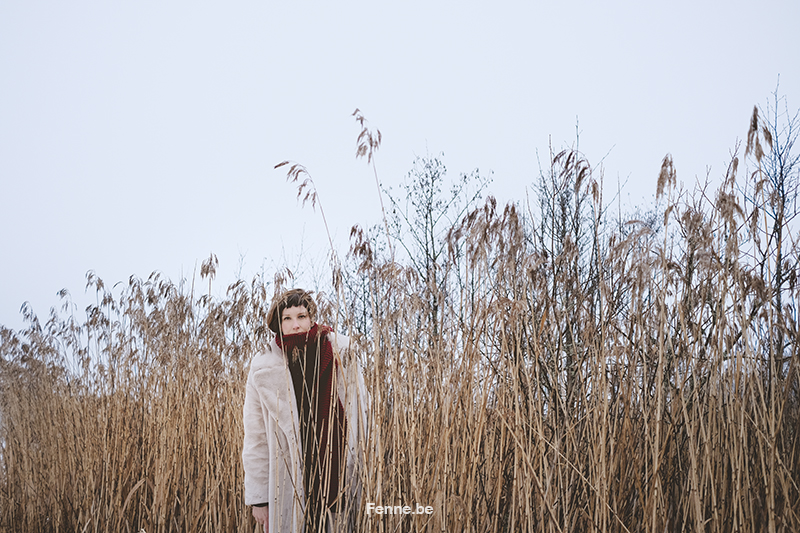 For some shots, I prefer the remote that I have for my Nikon- which is a small one with a single button. It fits in your hand and you can easily hide it when shooting. With a phone, this gets more difficult. I use a timer that gives me a few seconds to put the phone away, but especially when shooting without my glasses on, I have to make sure that I push the right button in the app to create the photo.
The major advantage of this system is that before hitting that capture button, you know exactly what your shot will look like. By simply tapping the area, the camera will adjust focus and if the light suddenly changes, you can easily adjust your settings. So perhaps I just have to practice this kind of shooting a bit more.

Speaking about being myself, creating shapes, jumping around, and experimenting really is much more natural to me than sitting or standing pretty 😀 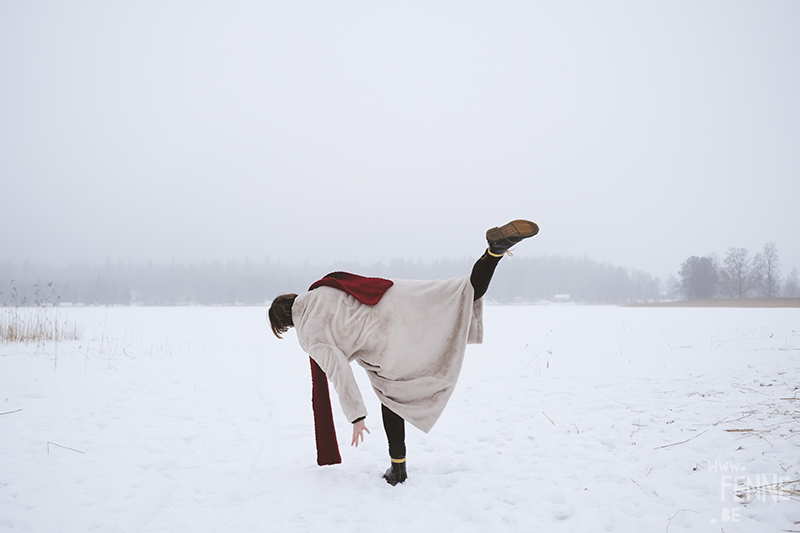 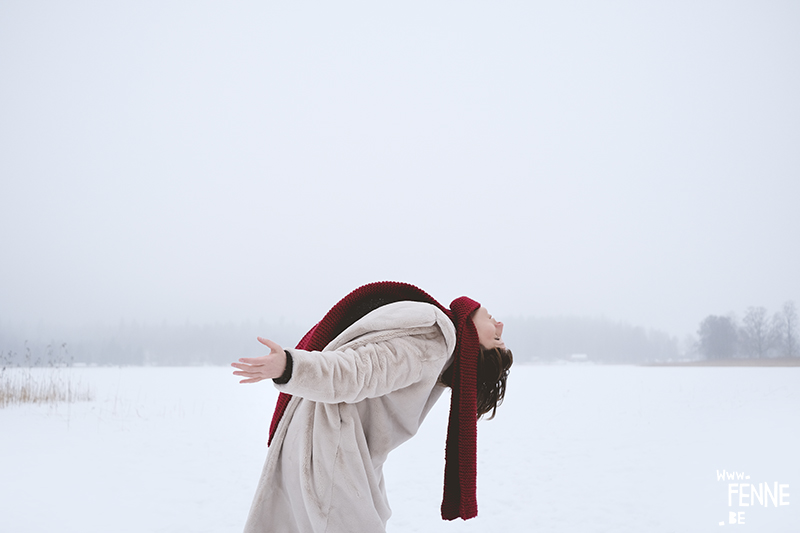 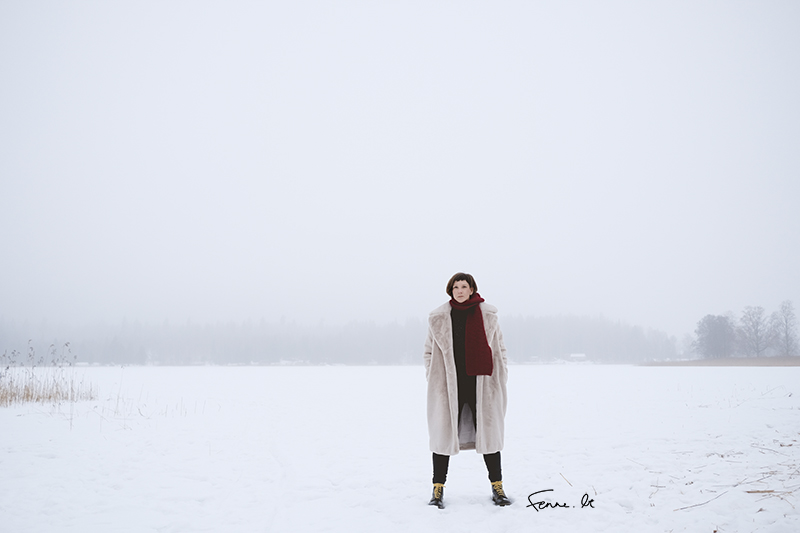 I’ve been loving this faux-fur coat. Fun fact: I started learning how to knit this winter, and started the long red scarf with this specific coat in mind. It was, however, sold out again and again for weeks before I could finally order it. It’s nice and warm and super soft. To me, it adds a bit of ‘visual drama’ to the shot without being too strong in color. I’d love a strong red coat too, but I don’t have one (yet?). 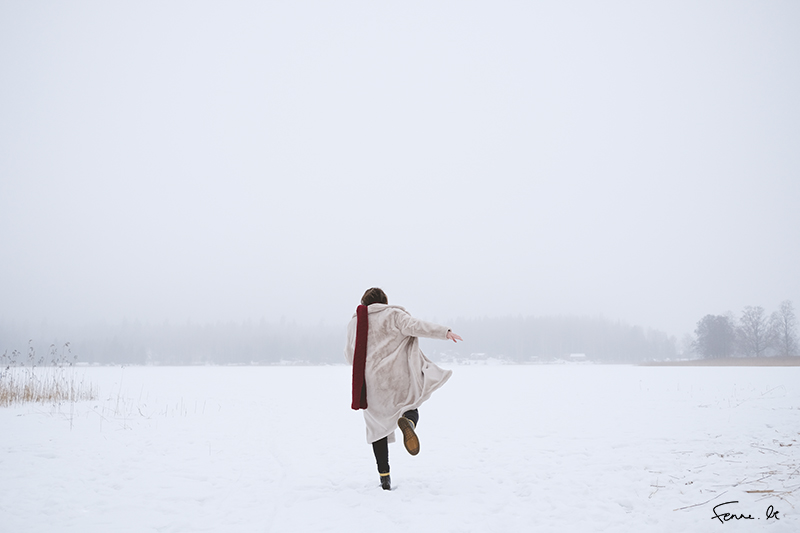 For this series, I used a tripod to hold the camera and the 27 mm f2.8 pancake lens. The photographs were edited in Adobe Lightroom. 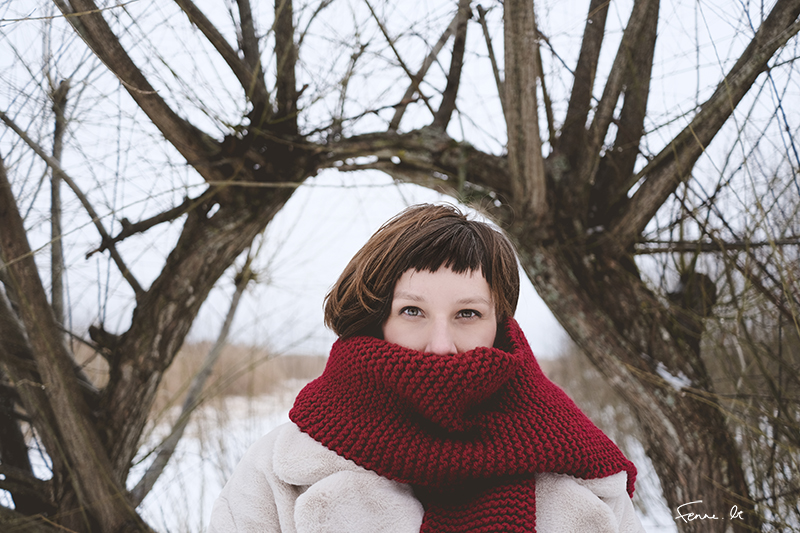 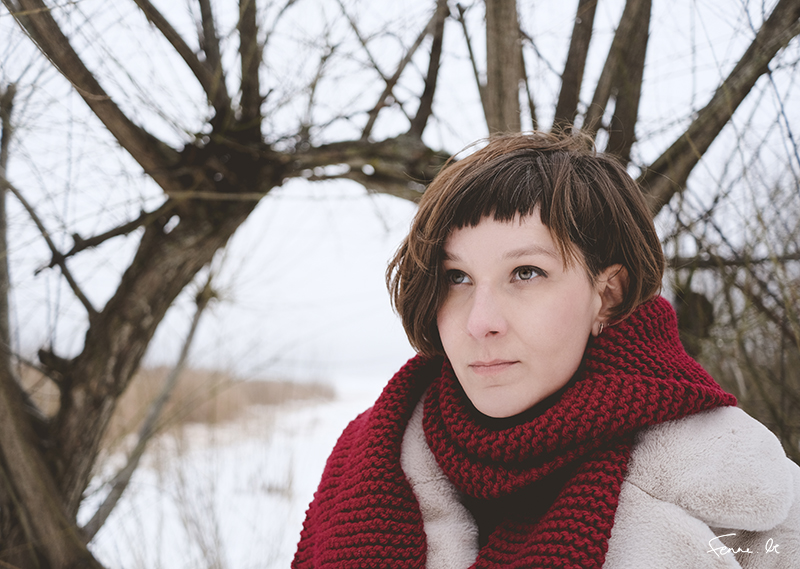 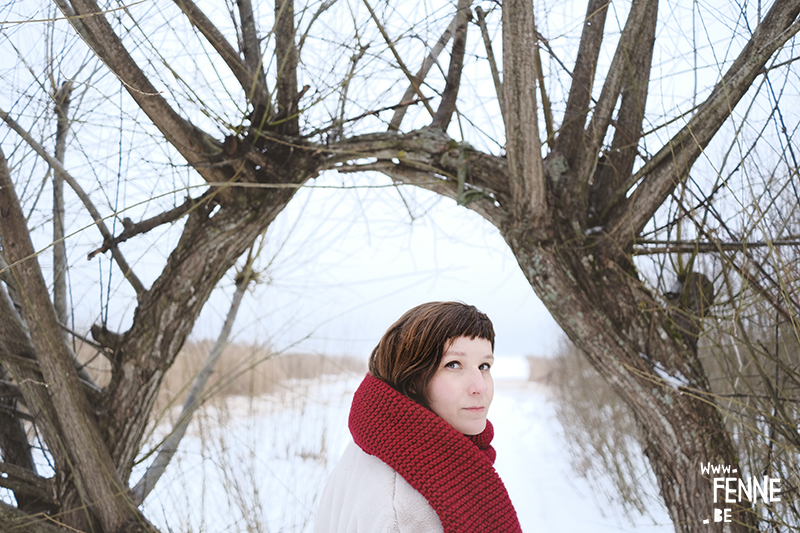