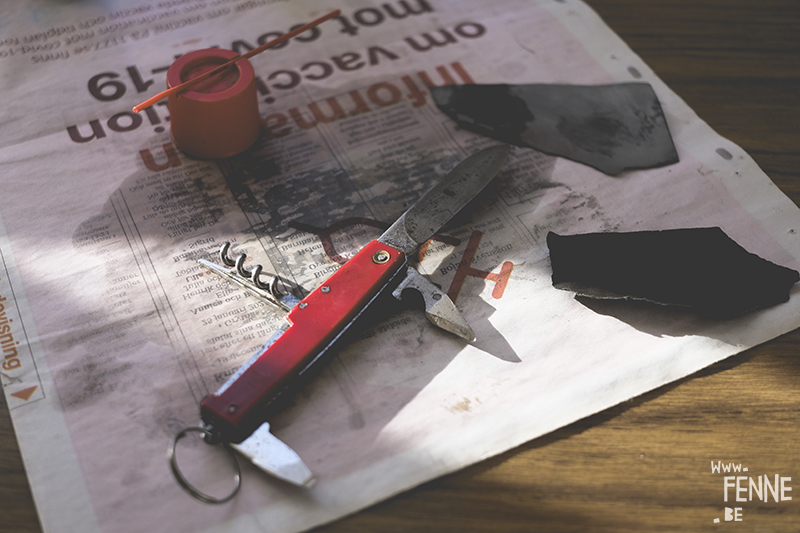 Perhaps spring is sneaking into my life in ways beyond my choice, but I thought it was about time to clean up my rusty knife as it wasn’t even suitable anymore to get some butter on my bread 🙂

I have no idea how long I’ve had this knife but I found it in the woods somewhere a few decades ago. It was always a bit difficult to get all the tools out as the metal isn’t straight- looks like it was under heavy pressure- but a good dose of WD40 definitely brought back some movement. With a Youtube tutorial by my side, I got out some sandpaper to remove the rust and rags to wipe off dirt and excess oil. When it was all as clean as I could get it, I tried sharpening the blade again with a whetstone. This wasn’t in the tutorial so I’m not sure if it’s the best way for a knife like this but it worked! As a final touch, I polished the metal.

Oddly satisfying, that’s what this is. Not just having a sharp knife again, but taking the time to transform an old object. That’s why I nominated this for a Small Pleasure 🙂