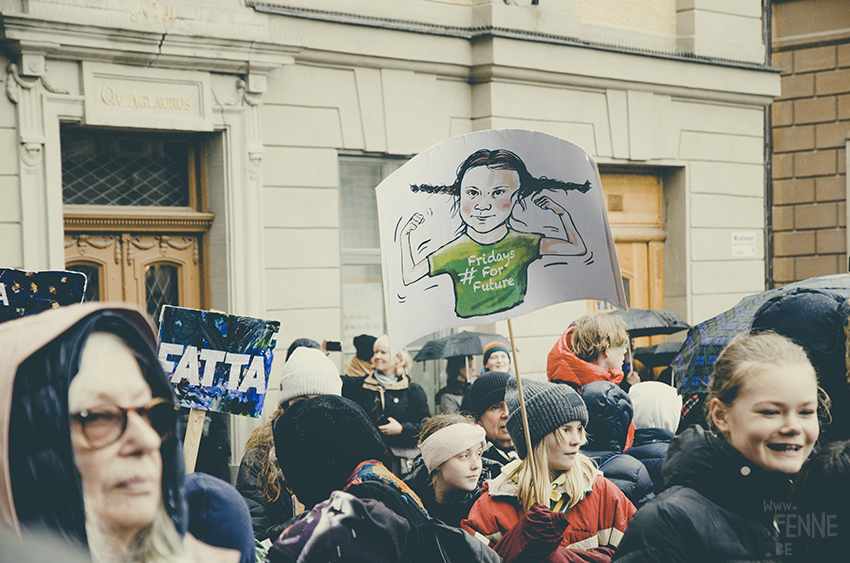 A long bus trip brought me from postcard Dalarna with snow on the roofs all the way to a gloomy Stockholm where the rain would accompany all day during the strike for the climate.

The past few weeks, I’ve read so much criticism on these actions that the only decent reaction is canceling all other plans and showing up for what is the right thing. I’m not in school anymore, I don’t have children but I care about them, the world and the future. And I think everyone should. 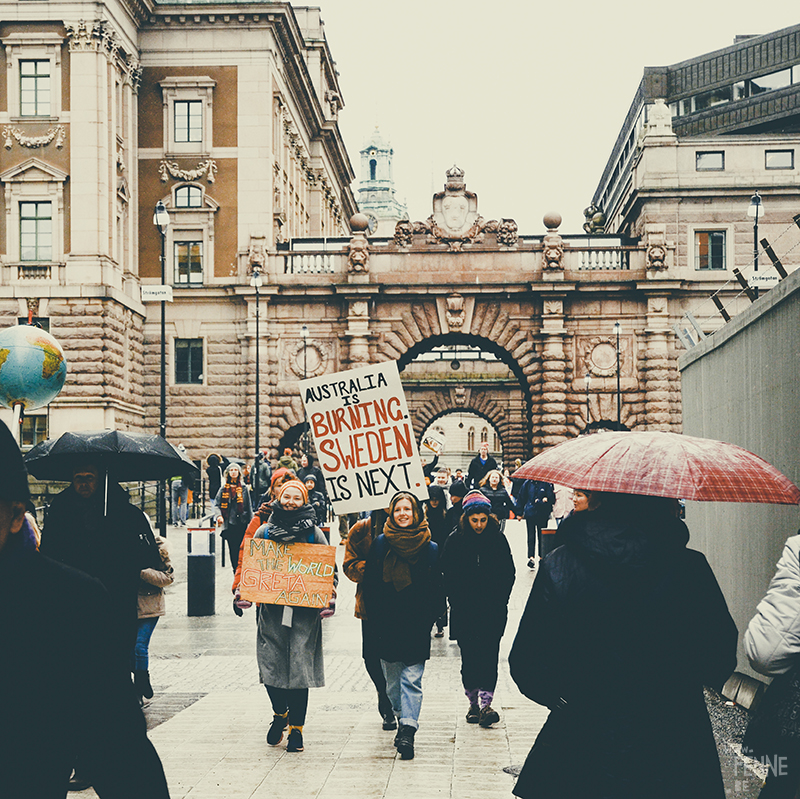 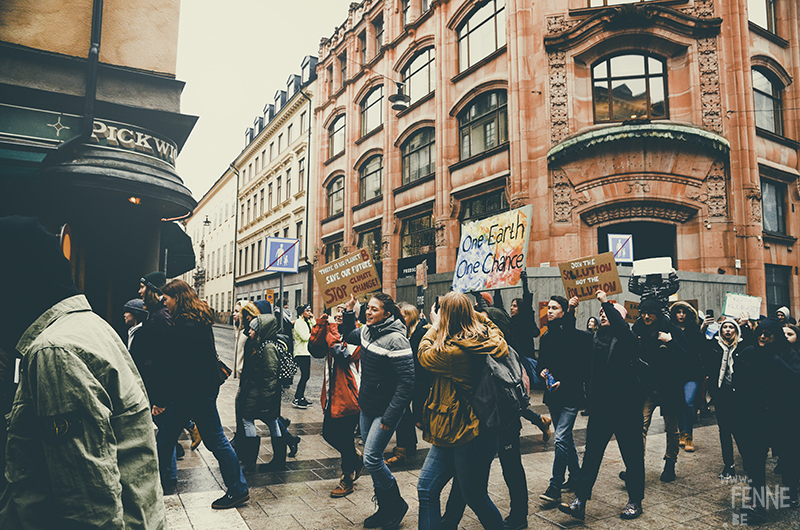 After arriving way too early, walking down the streets of Stockholm to find Mynttorget, all I had to do was following the sound of a mass with a message. People young of age and young of heart held up cardboard messages, asking for justice and for a future. At the square, people were gathering, they were building up the stage and while I could walk around to take photographs first, very soon the crowd grew so thick that I had to escape the wild sea of the center. This mass was unbelievable! Not only the square but on all the streets towards it, there was a mass screaming and singing, fiercely holding signs up despite the cold and the rain. 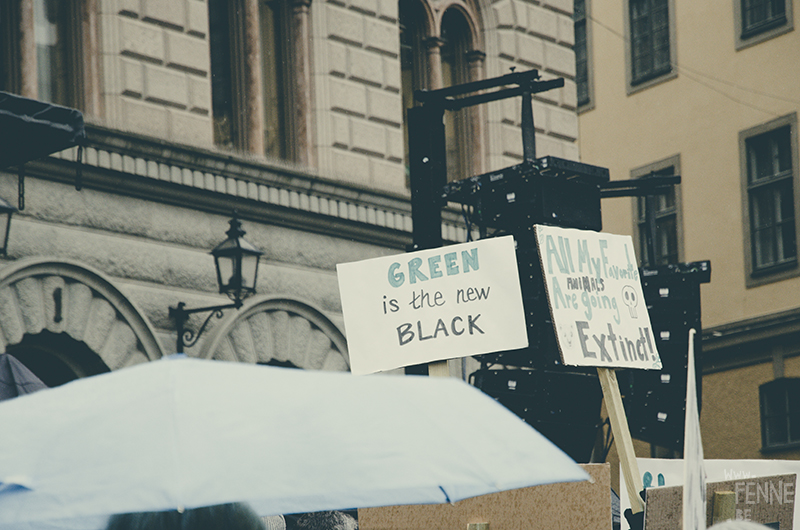 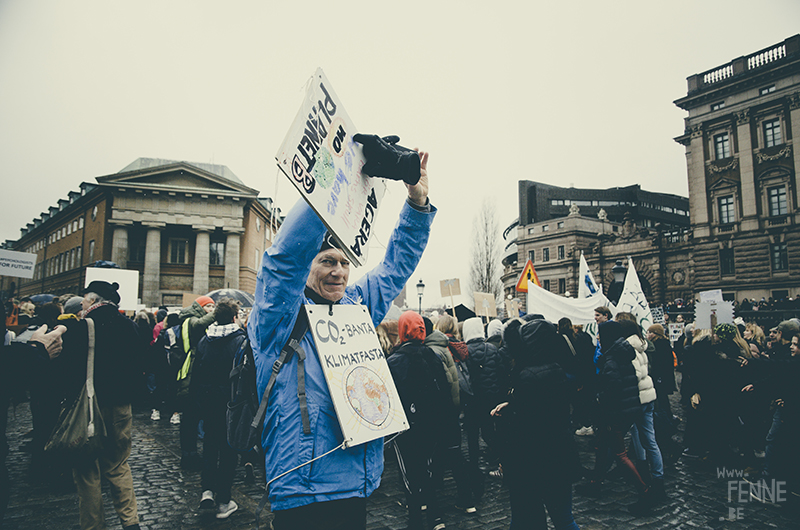 I met this lady from Chile (she lives in Sweden for many many years) who had this beautiful colored flag of the Mapuche people. Yellow stands for the sun and renewal, blue stands for life, order and the universe, white is healing and wisdom, red is strength power and history, green represents the earth, the stepped cross stands for the art of handcrafting, science knowledge and the writing system. 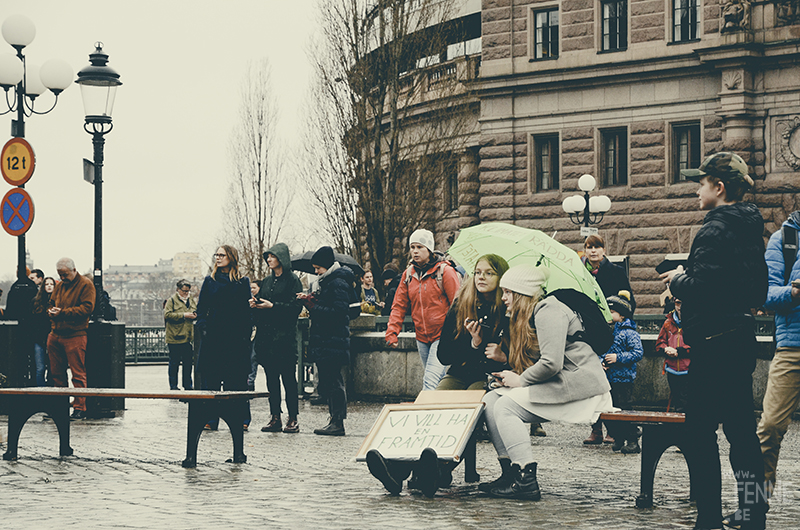 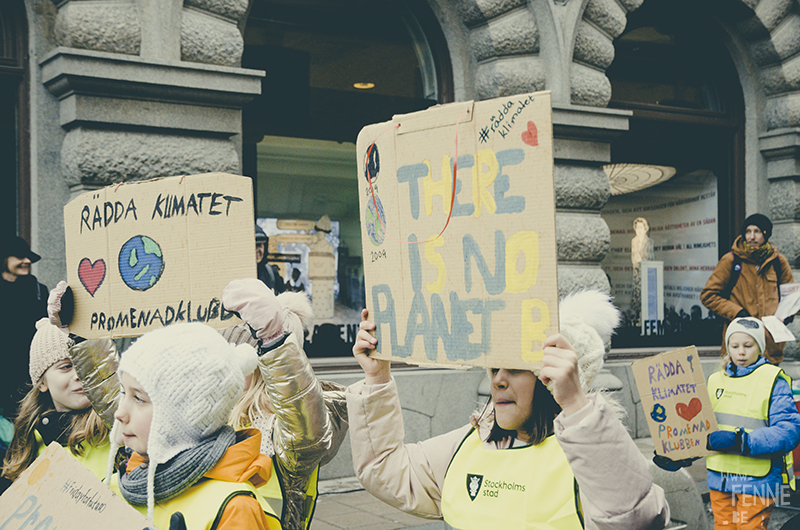 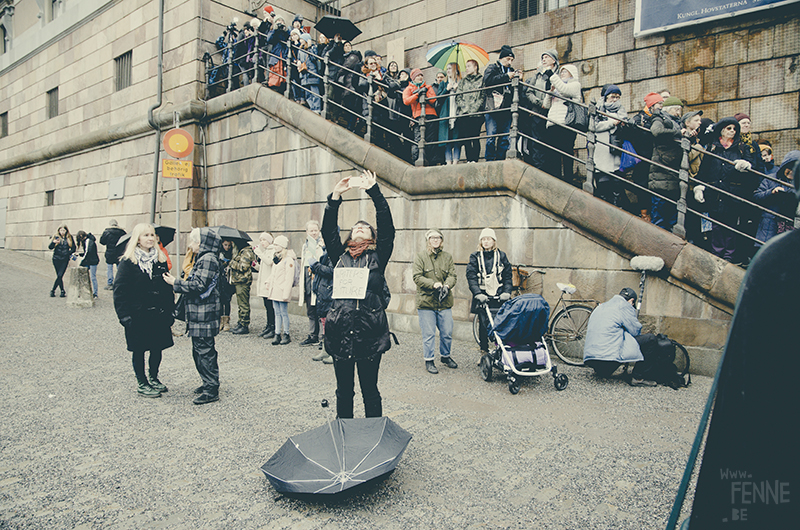 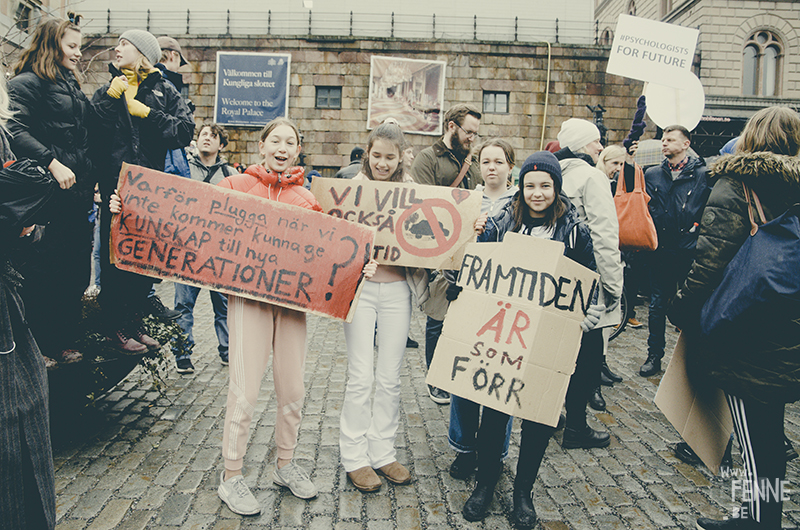 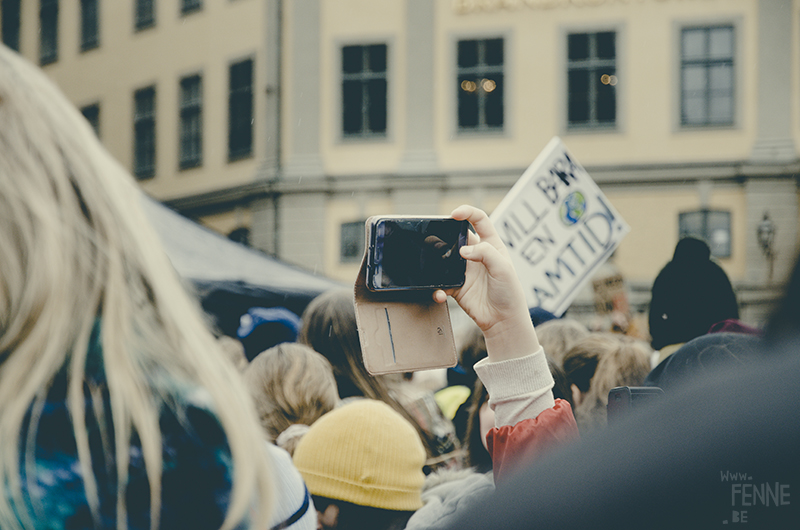 When suddenly a group of girls started screaming and moving towards something behind me, I asked the security man what was going on, turns out these guys are from a hip hop group called Tjuvjakt (I had to google them) and they looked very popular :-). 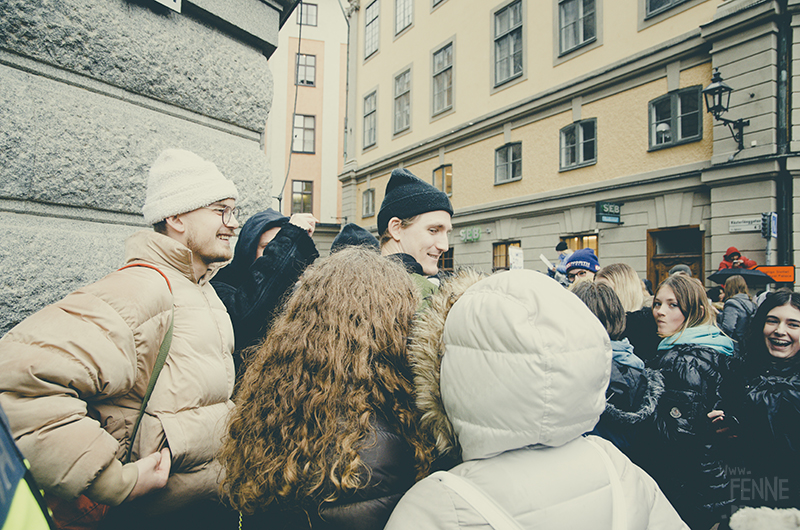 Were you joining in Stockholm or another city?