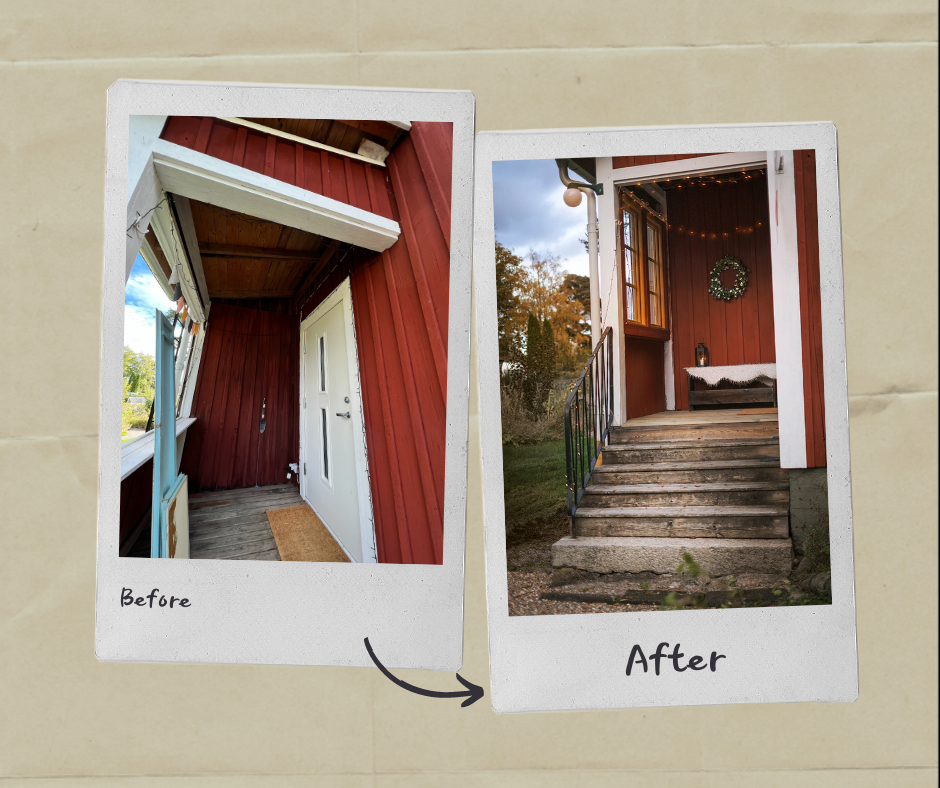 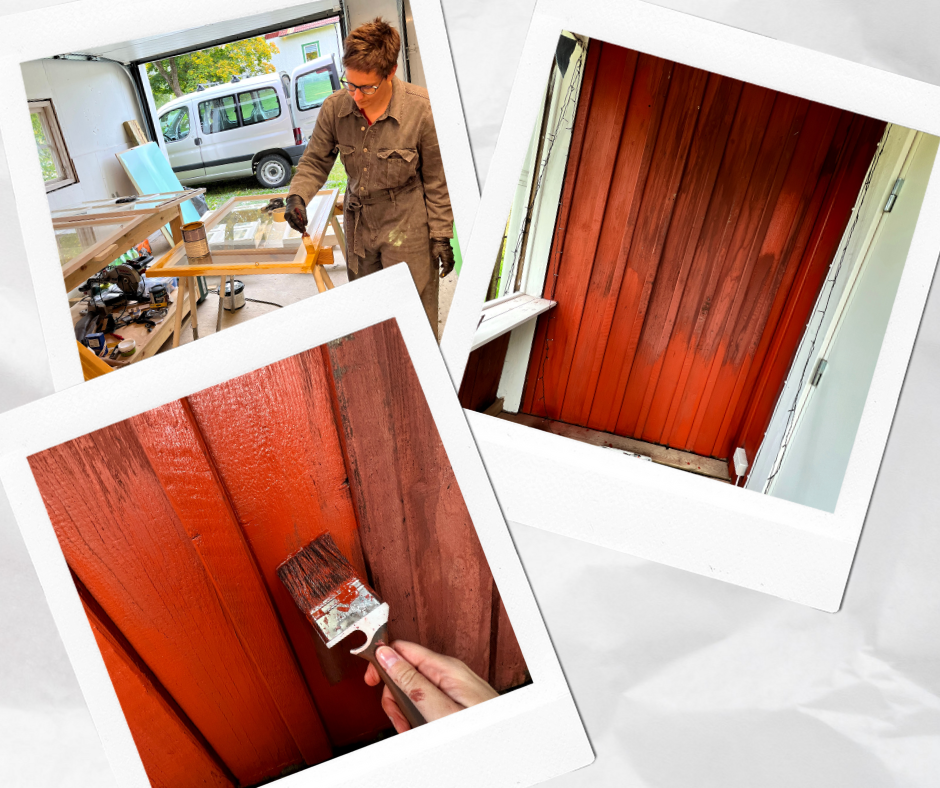 This is the story of how a simple paint job turned into a slightly bigger renovation project- thanks to Joeri who had the energy and vision to make it happen.

In the hand of one of the previous owners, the entrance has been changed, but not entirely painted. Underneath the little roof was bare wood at the mercy of the cold winter weather, so the first plan was to give it a good layer of Swedish red paint (Falu red) to protect the wood and put the windows back in place. The only other intention I had was to make an autumn wreath as decoration.

The idea of reusing the original windows was quickly abandoned as the wood was in terrible condition. Instead, we bought 2 very simple windows- the most basic ones we could find, but compared to what I found in the shed, they felt like they would last 500 more years.

While the yellow paint on the windows was drying, I started repainting the entrance. “One liter of paint would be enough,” thought Joeri, but soon he went back to the store for more!
The wood surrounding the old windows was in a bad shape too, so we removed it. Then we noticed that one of the supporting beams was also rotting away, so Joeri tore that one down too.

At this point, I felt a slight panic: 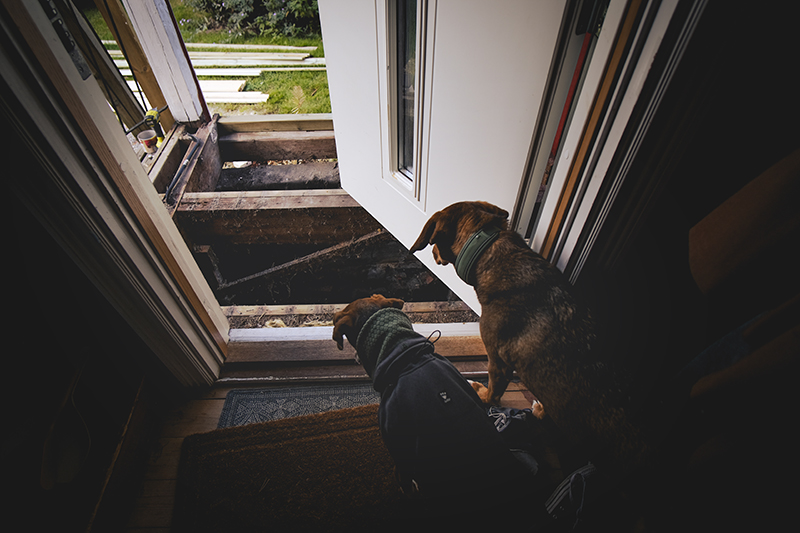 Only a few years ago, we installed a toilet with the help of… Youtube, so we’re anything but professionals. But I’m lucky that Joeri loves working with wood, and he loves learning and building stuff (if only he had a bit more time).

While I still had that restless thought in the back of my mind that it would be unfixable, Joeri just knew what he needed to do and in only a few days, I had a brand new entrance to the studio:

As the moody season has already begun here up north, we also reinstalled the fairy lights, an autumn wreath, and some welcoming candles: 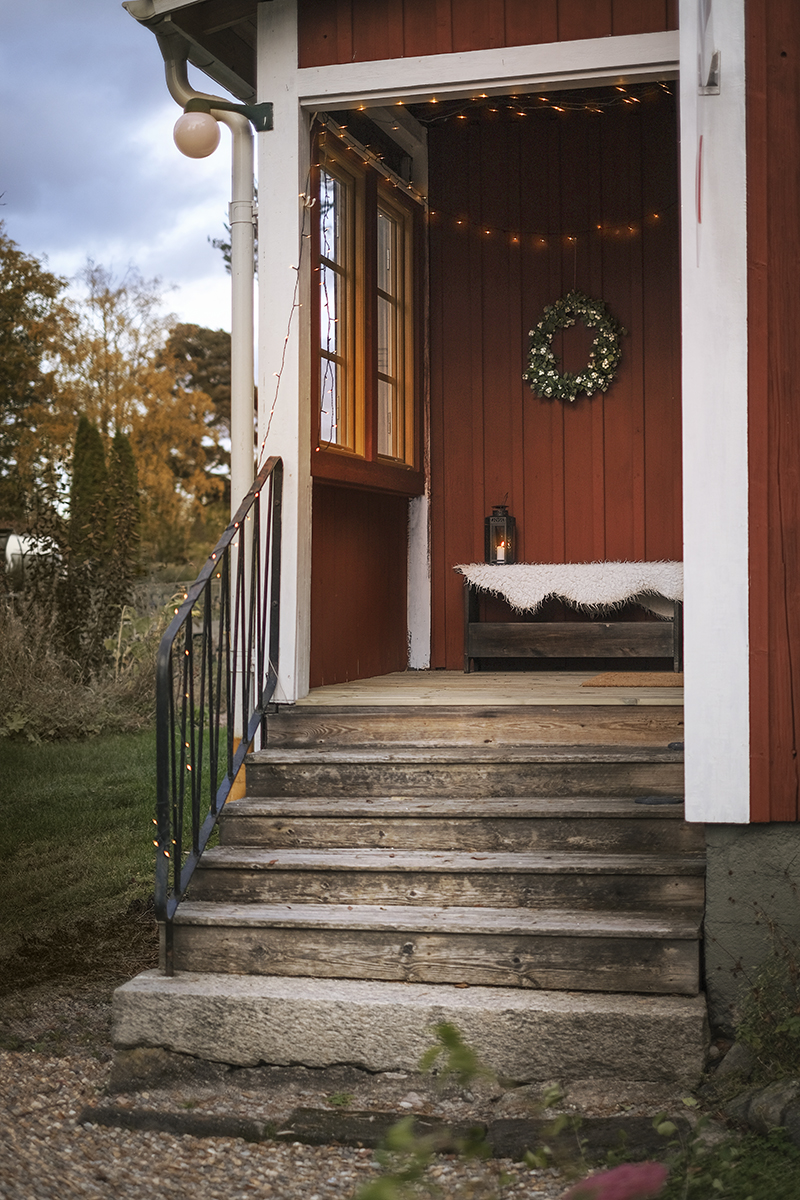 One more thing to do decide: white or red for that vertical beam that hasn’t been redone yet…