Watching: For no good reason 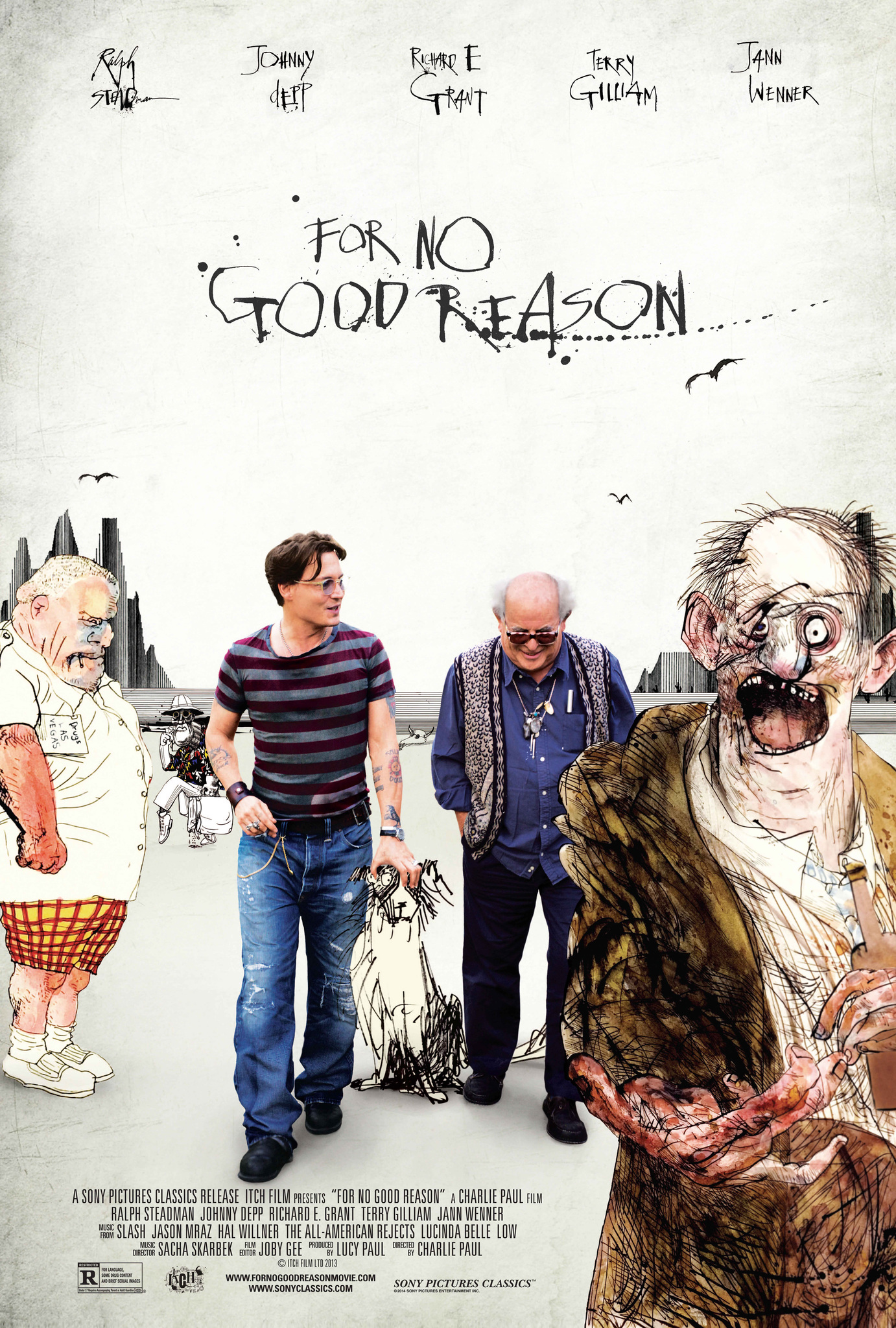 Johnny Depp visits Ralph Steadman, the renowned artist and the last of the original Gonzo visionaries who worked alongside Hunter S. Thompson.
It’s a curious sight, this Hollywood movie star alongside a 77-year-old illustrator living in the English countryside, but both of them were friends of the late Hunter S. Thompson, and Johnny Depp is our guide into the wild inky world of Ralph Steadman. The key is to let go of the ‘famous actor’ and see him as the person he is.

The energy throughout the documentary is relaxed and sharp at the same time. Following Johnny Depp into the studio and listening to their conversations feels like an invitation to the stories of life, art, ink, creation, and the weird ways of life. In videos and time-lapses we see the work come to life, splatter by splatter, layer by layer. It’s fascinating to watch.
However, the animation of some of Steadman’s work often felt a bit off as if they would fear that people don’t want to look at an illustration on screen- which I personally wouldn’t mind.