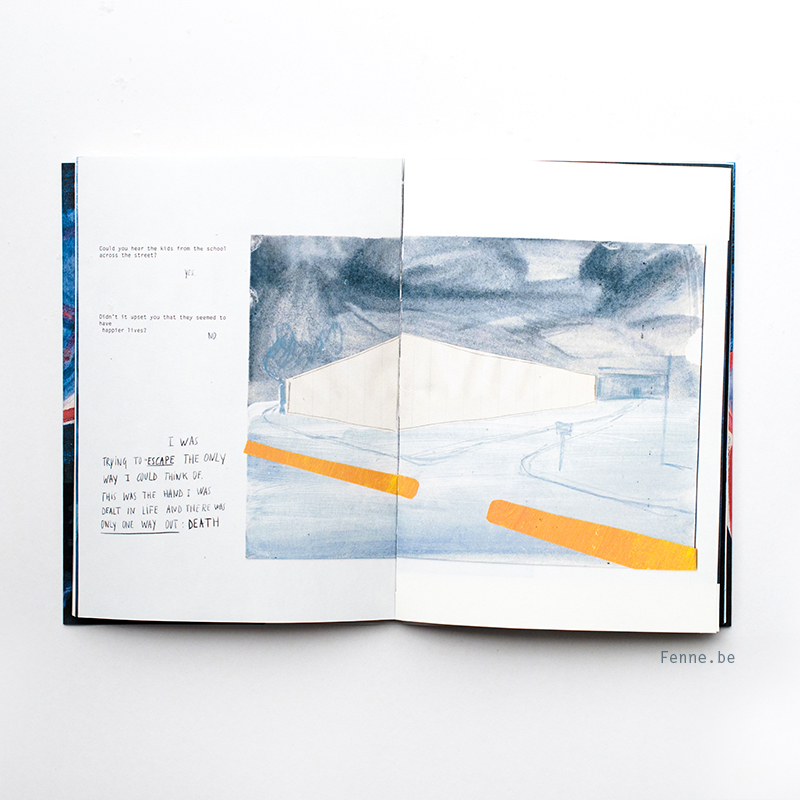 Forty years ago, on Monday, January 29, 1979, a 16-year-old girl took a rifle and fired thirty times at the elementary school across her house. She killed two people and injured 8 (some sources say 9). Her name is Brenda Spencer.

In 2015, I wrote Brenda Spencer a letter in which I explained that I was making a book about her story and that I had some questions. To my surprise, she wrote back.

My letter was open but cautious. Clear but trying not to offend. It was an exercise is finding balance, a struggle also because it’s all but writing home to mom and dad from summer camp. Most of my research categorized her in the group of psychopathic shooters but digging deep in the parole hearings, it turned out that the experts who worked on her case did not. A lot of books and articles written about Ms. Spencer are based on each other without researching the facts. Even Dr. Langman who wrote a book about school shooter psychology and whom I contacted for a better understanding, stated he didn’t have access to the parole hearings during his writing. (But that doesn’t change the strength of his books.)

One of the feelings that kept creeping in while working on this graphic novel, and the reason why I keep coming back to the subject, is that when looking back in time and seeing the tragic events backward, it feels like most of them could be prevented if only we knew, we listened and opened our eyes and hearts and have more awareness of mental health issues (especially with young people). I realize that this is in a way fiction, an utopian desire and dominated by the privilege of looking back in time. Some days it felt like this isn’t my reality, it’s the crazy Americans and their guns. The land of the free-to-shoot. Still the first reported school shooting in Sweden (and one of the earliest in Europe) was in 1961 in Kungälv.

In the book, which I also called ‘I don’t like Mondays’, the focus is on the unfolding story leading to this Monday to step away from the sensational news and superlatives that had been written before. I am utterly annoyed by American news reporters and documentary makers who put too much sensation and OMG’s in their programs and therefore chose to go back to the human behind the criminal and just for a moment considering the unknown struggles behind anonymous faces. For the text in my book, I didn’t make up a single word, but I did make choices on what to share – and kept the text limited just like Brenda Spencer answers.

To commemorate this day, but also to keep the stories behind it in mind, I decided to print a limited series of softcover (wrap) books again.


They are printed on Simili Japon, bound by hand and cost 22 EUR/ 25,11 $ + shipping. Feel free to e-mail me if you have any questions or you want to order your copy.